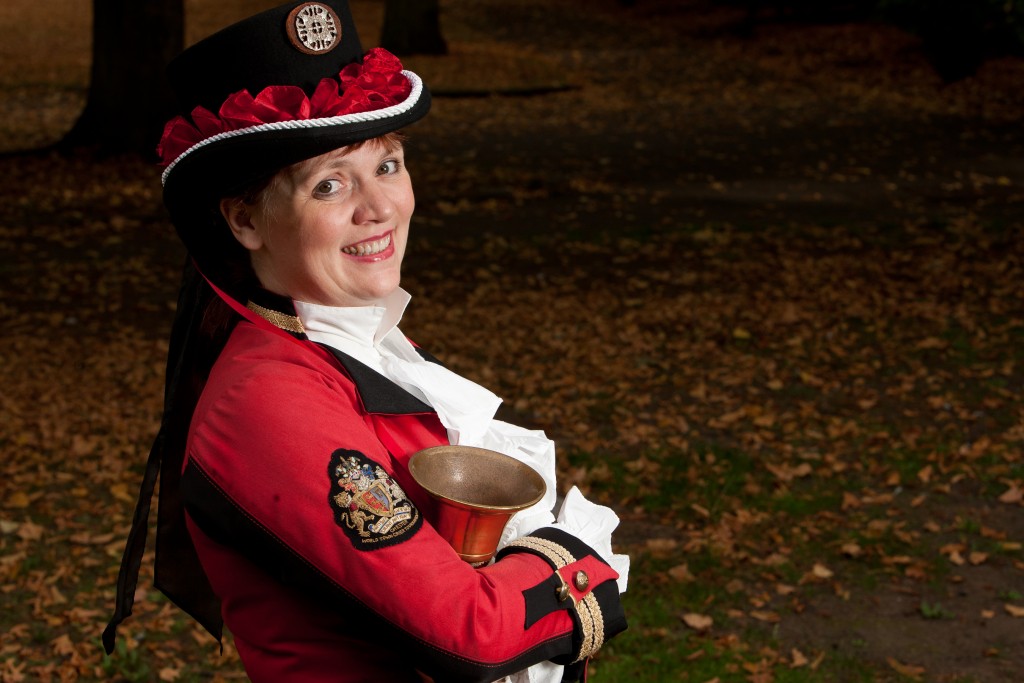 Julie Mitchell, Town Crier of Chester and Knutsford, leads an unusual life to say the least. “Dressing in clothes 200 years out of date and shouting at complete strangers has its surreal moments I can tell you!” she says.

Julie is also a professional historical costume maker. Many of the liveries she has designed and made for town criers have won awards at world level for authenticity and presentation. She has exported liveries to Australia and Japan. The Australian livery enabled its wearer to win the Australian prize for Best-Dressed Town Crier at an Australian National Championships. The Japanese livery was commissioned by the five-star Royal Chester Hotel in Nagasaki for their Bell Captain who officially receives guests to the hotel.

Julie was co-host with David of the Lord Mayor of Chester’s World Town Crier Tournaments held in 2001, 2004, 2010 and 2014. She played a significant role in their organisation, taking on responsibility as site manager in 2014 and designing and producing the bespoke prizes. She also designed and made the fabric staging for the tournaments.

In addition to her roles as Town Crier, Julie is believed to be the world’s only female Beadle. Historically the Beadle’s duties included not only responsibility for the workhouse and apprentices, but also for protecting the Mayor during his public appearances.