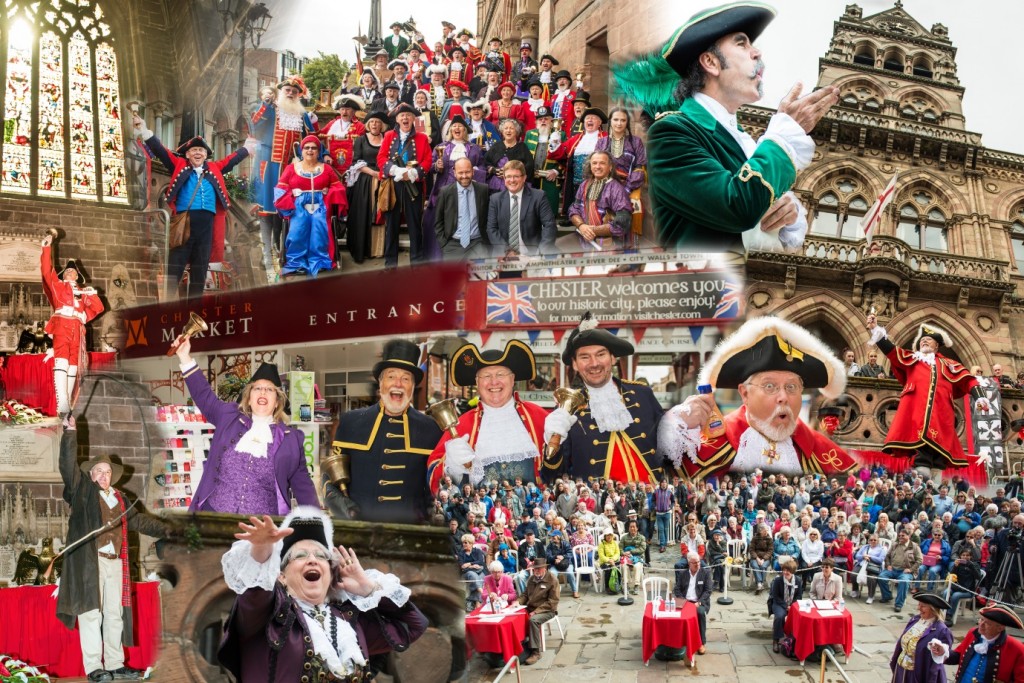 The Chester World Town Crier Tournament is a week-long event that fits perfectly within Chester’s historical heritage. This event’s USP is that it brings colour, vibrancy and entertainment to the streets of Chester whilst at the same time acting as a powerful media magnet, raising the city’s profile on the world stage, and generating much-needed publicity to this tourist destination.

Another USP is that the Chester World Town Crier Tournament was possibly the only event in Chester’s calendar that could truly be described as a “world” event.

The Chester World Town Crier Tournament was previously held in 2001, 2004 and 2010. Some new features were added in 2014, such as “Criers in the Community Day”, Cathedral at Height, and the Rotary After Dinner Speech Contest, thus impacting an even wider range of people, benefitting organisations in the voluntary and charitable sectors. 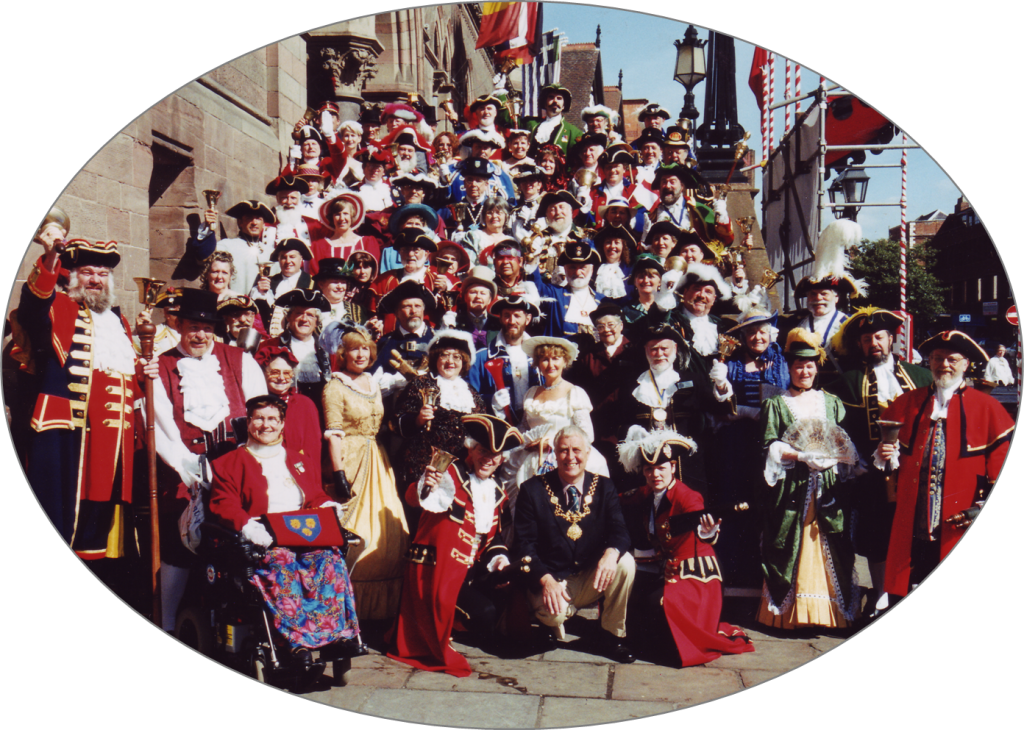 By all accounts and from every perspective the Lord Mayor of Chester’s Invitational World Town Crier Tournament was an outstanding success. The competitors were loud and unanimous in their fulsome praise of every aspect of the Tournament, and of the beautiful city which hosted it.

For a city like ours that depends on tourism, such coverage was obviously amazing, and came as a useful antidote to all the bad press associated with foot-and-mouth epidemic current at the time.

The ripples continued to spread outwards. Each of the 40 contestants returned to his/her hometown to proclaim the virtues of Chester. The Chester Tournament is now widely regarded amongst the Criers as a new benchmark in the standard of world competitions. They are already asking when they can come back again.

In addition to media coverage, the Tournament also highly successful in creating community involvement. Many organisations pulled together to create a festival whose impact went way beyond just the Town Hall Square. It seems that everyone who contributed felt they got a great deal out of their involvement, which only goes to confirm that it was an “everybody wins” event.

But let’s leave the last word for the Lord Mayor. Speaking to all the Town Criers at the Awards Banquet he enthused, “You have brought the sight of our beautiful City to the World’s media. It’s been incredible how much coverage you have given us and we are very, very grateful for it. Absolutely superb. You collectively have done more for this City than brochures and leaflets could ever do.”